Have you ever wondered what New Energy workers get up to in their spare time?
Would it be sitting in traditional meditation or performing certain sacred rituals…
or chanting special mantras perhaps or fervently brushing up on their metaphysics?

Let’s take a look and find out…

As ‘day’ guests aboard the luxury liner Sapphire Princess while berthed in Sydney Harbour. 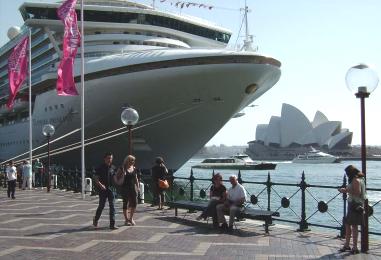 If music be the food of love; play on.
~ Shakespeare

Without music, life would be a mistake.
~ Nietzsche

Ah, so this is where the Points of Power Instant Insight Cards are created.
With an almost endless number of inspiriting locations in Sydney,
Allen always keeps a pencil and paper at hand.

With its 900 acres of rolling open spaces, manicured lawns and gardens
and many reflective lakes, Sydney’s Centennial Parklands is an oasis for reverie.

And with its many kilometers of walking/jogging/cycling tracks and equestrian facilities
(including the horses), it’s also the training ground for our international film stars.
It’s where Russell Crowe jogged into shape for CINDERELLA MAN and where
Nicole Kidman and Hugh Jackman honed their horsemanship for the film AUSTRALIA.
Being right next door to Fox Film Studios, you just never know
who you’ll bump into in Sydney’s Centennial park.
Even Leonardo DiCaprio enjoyed cycling around the park
during breaks in the filming of THE GREAT GATSBY. 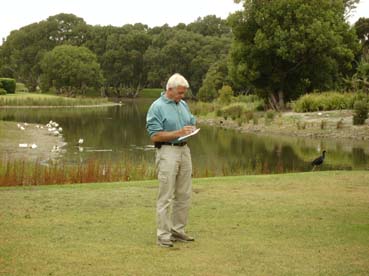 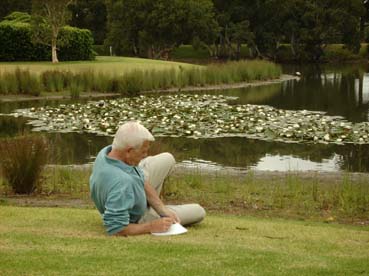 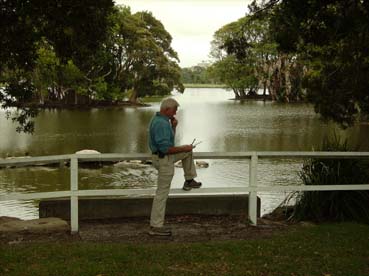 Overlooking Clovelly Bay.
A favourite for swimming & snorkelling in summer
and for quiet reflection in winter. 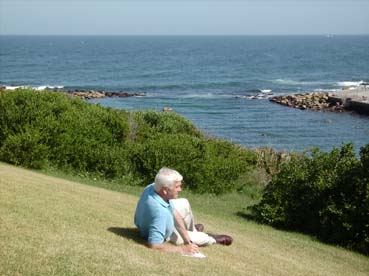 The world’s most beautiful harbour is a never-ending source of inspiration. 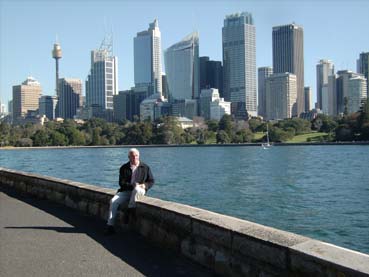 Through the trees is actor Russell Crowe’s waterfront apartment.
Hmm, now what was that he said in A Beautiful Mind about love? 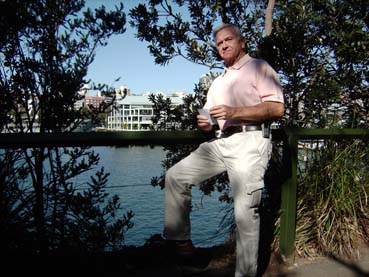 In Sydney’s glorious Botanical Gardens right next to the Opera House.
The energy here can actually bring you to tears. 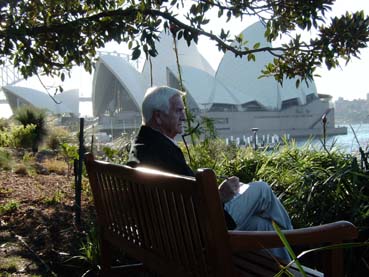 The physical & metaphysical splendour of the Sydney Opera House.
Inspired by the Mayan Temples of Yucatan and home of the Sydney Symphony Orchestra
and Opera Australia, the Sydney Opera House is the winged victory of human aspiration.
Now a UNESCO World Heritage site, it takes its place alongside the Taj Mahal and the Great Pyramids.
Few Insight Cards are created here. The heart is too full to say anything. 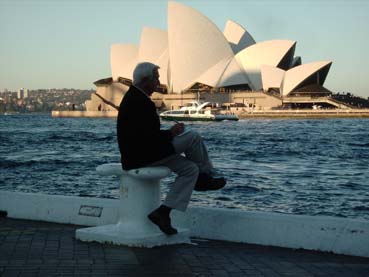 Never forget the inner kid who loves to play.
Don’t take life too seriously, but do take playfulness very seriously.
Enormous creativity and healing are spawned from play.
~ Allen 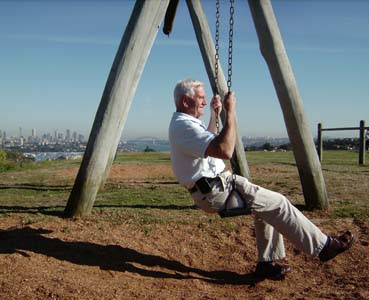 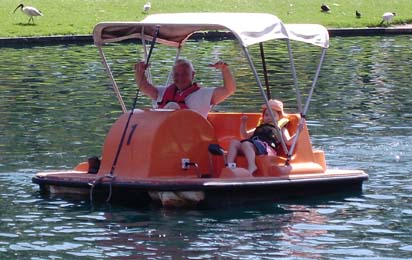 We are never more fully alive or more completely ourselves
than when we are playing.
~ Charles Schaefer 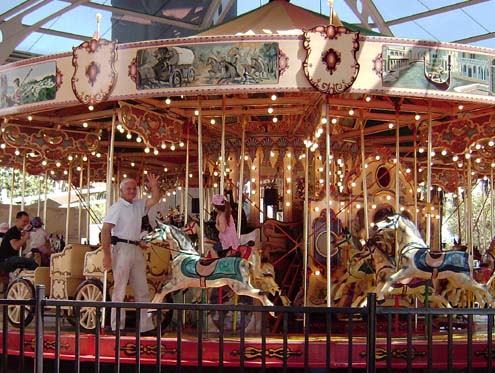 Don’t forget to stop and smell the flowers. 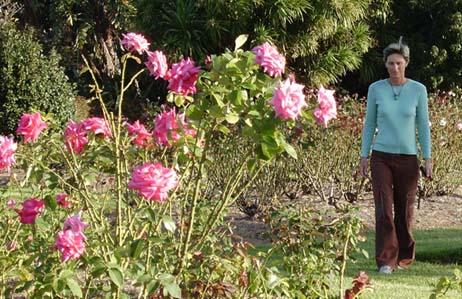 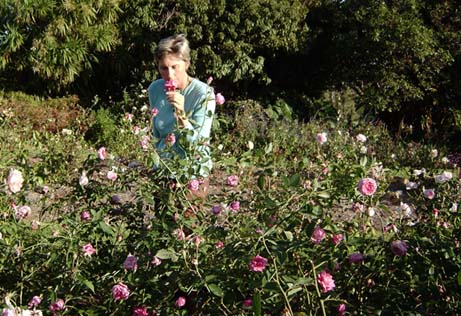 A flower at my window satisfies me
more than the metaphysics of books.
~ Walt Whitman

Lightworkers just can’t help themselves.
With two splendid lighthouses at the entrance to Sydney Harbour,
Debbie is right in her element. 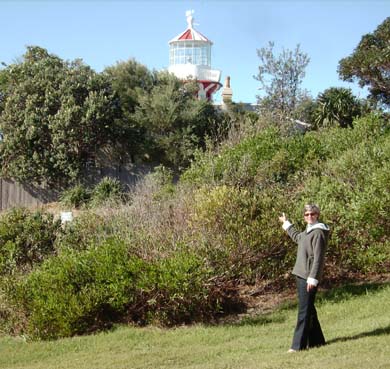 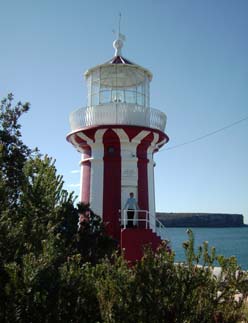 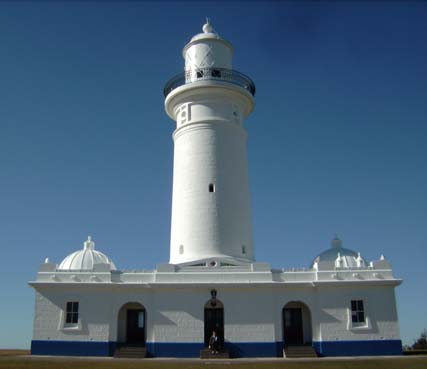 And talking about Lightworkers and Lighthouses,
here’s a quote from the famous American evangelist Dwight L. Moody.
It’s an amazing proclamation from a Christian militant at any time,
let alone one who was at his bible-thumping best 150 years ago…

“We are told to let our light shine, and if it does,
we won’t need to tell anybody it does.
Lighthouses don’t fire cannons to call attention
to their shining – they just shine.”

But there’s no way Allen could fire this historic Sydney cannon anyway.
It’s even more ancient than Dwight Moody.

As the visionary Solara said in her book 11:11…
“Uluru is considered to be either the heart or the solar plexus of the planet,
and both could be true since it is a powerfully loving place
and an amazingly powerful vortex.
It was the place where Altazar, the beloved High King of Lemuria,
had reached a state of full remembrance.”

Lightworkers are always at home around Sacred Sites and Power Centres.
Debbie with our dear friend Chrisa at Uluru.
They even walked right around the base –
nearly 10 km in 40 degree heat!